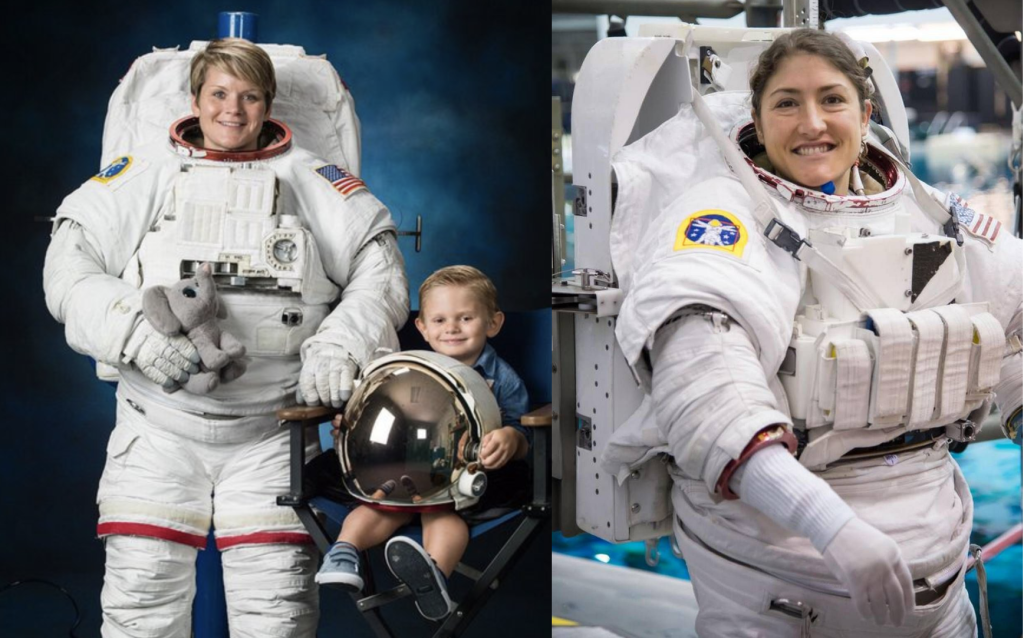 The news was broken by the awesome Rocket Woman Canadian Space Agency Flight Controller Kristen Facciol, who will be supporting the spacewalk from the ground on the ROBO console in NASA’s Mission Control. (Read Rocket Women’s interview with the inspirational Kristen Facciol here!)

Rocket Women shared Kristen Facciol’s news through Twitter a few days ago. Kristen broke the news saying: “I just found out that I’ll be on console providing support for the FIRST ALL FEMALE SPACEWALK with @AstroAnnimal and @Astro_Christina and I can not contain my excitement!!!! #WomenInSTEM #WomenInEngineering #WomenInSpace.”

A spokesperson from NASA confirmed that the 29th March spacewalk will be supported in NASA’s Mission Control by lead Flight Director Mary Lawrence, and lead EVA (spacewalk) flight controller Jackie Kagey. The recent 2018 NASA flight director class chosen was 50% female, as was the 2013 NASA Astronaut class that both Anne McClain and Christina Koch were selected in, the highest female ratio chosen.

The most recent 2017 NASA astronaut selection brought the percentage of female NASA astronauts in the NASA Astronaut Corps to just over 30%, this thirty years after Sally Ride became the first American woman in space. Here’s to hoping that all-female spacewalks will become commonplace in the future!