The Founder of Rocket Women 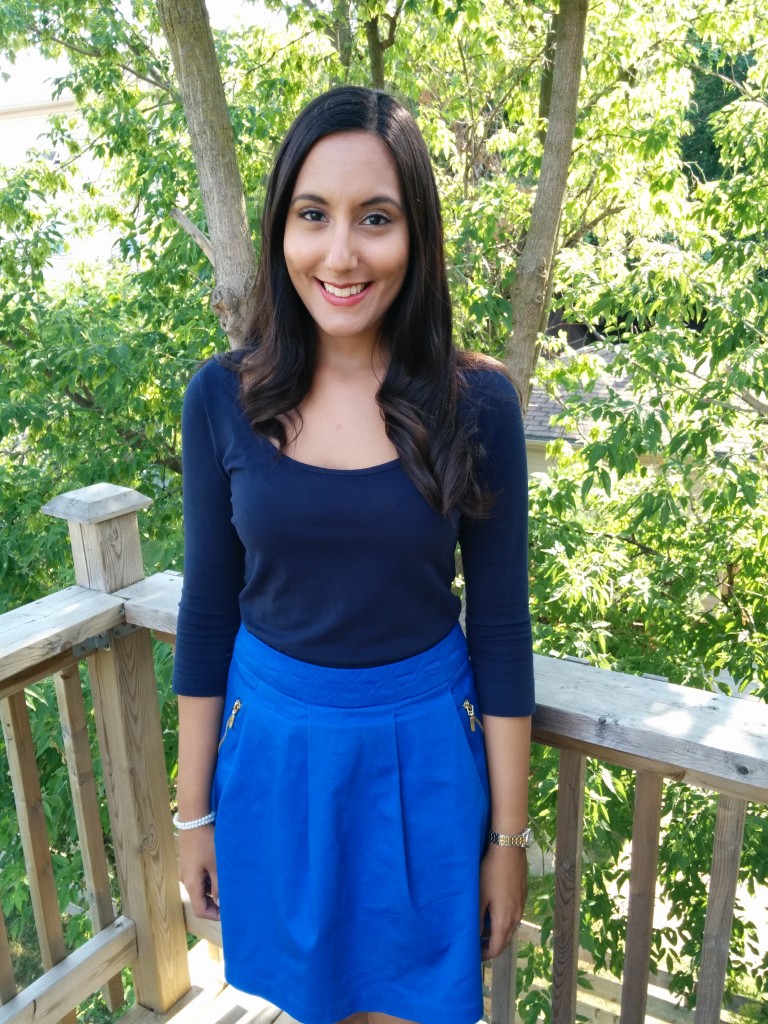 Vinita Marwaha Madill is an advocate for women in STEM, with a drive to inspire the next generation. Vinita is a space engineer and Founder of Rocket Women. Rocket Women has been featured in the media including the BBC, Stylist Magazine, She The People, Fast Company and The Telegraph.

She is passionate about human spaceflight and exploration and as Project Manager and Business Development Lead at Mission Control Space Services in Canada, Vinita is also focused on lunar exploration missions and leading space health initiatives.

Vinita was previously based at the European Space Agency as a contractor (via TERMA B.V.) working on future human spaceflight projects as a Space Operations Engineer, mainly for the European Robotic Arm (ERA) project – a new robotic arm designed to support astronauts during spacewalks and install new parts of the International Space Station (ISS), due to be launched in 2021.

Vinita has also been involved in spacesuit design for the European Space Agency (ESA) along with working as an Operations Engineer for the International Space Station at the German Aerospace Centre (DLR). Being based at Germany’s version of “Mission Control”, she guided astronauts through experiments on the ISS and was involved in astronaut training.

In 2012, Vinita founded the global platform Rocket Women, which aims to inspire women around the world and provide advice on working in the space and technology industries, along with providing a scholarship for women in STEM through its apparel proceeds. Vinita was fortunate to be named as one of the top 100 Most Influential Women Leaders in Engineering in the UK & Europe by the Financial Times 2019, nominated for the Women of the Year awards in the UK and features in the Royal Academy of Engineering’s This is Engineering campaign to change the stereotype of engineering. Presently, through Rocket Women, Vinita is also focused on developing space outreach projects globally to inspire the next generation. 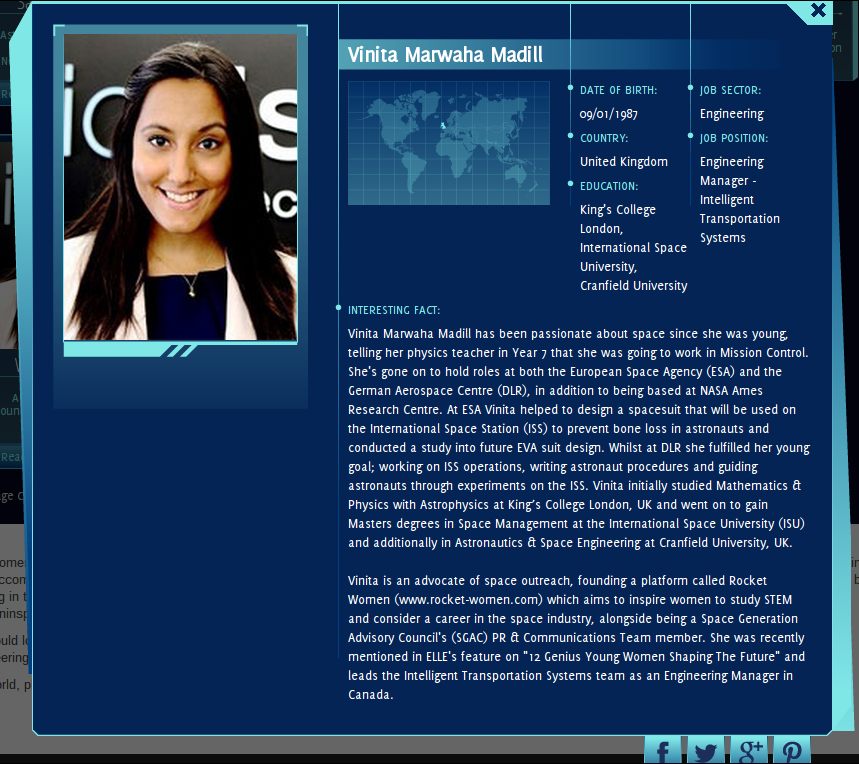 Featured In The Telegraph’s Women In Space Database 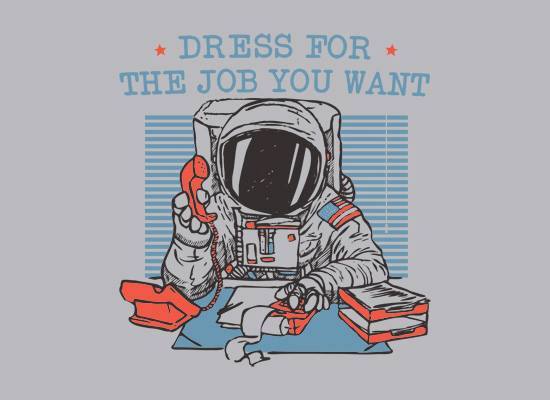 My Motto: Dress For The Job You Want, Not The One You Have