Rocket Women Featured In BBC’s Women With The Right Stuff 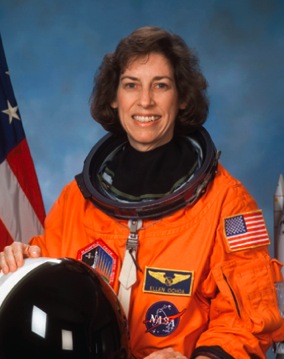 “What everyone in the astronaut corps shares in common is not gender or ethnic background, but motivation, perseverance, and desire – the desire to participate in a voyage of discovery.” – Ellen Ochoa, NASA Astronaut & First Hispanic Woman In Space.

In 1961 Wally Funk undertook secret tests to become an astronaut in the USA. A full twenty-two years before Sally Ride became the first American Woman in Space. She, along with 12 other female pilots, passed the tough rigorous physical tests to become an unofficial member of the ‘Mercury 13’ – the US women who could have gone into space over 20 years before the first American woman eventually did and even before Valentina Tereshkova became the first woman in space in 1963.

In the BBC’s Women With The Right Stuff, Wally Funk leads the listener through the story of the Mercury 13, a group of trailblazing and driven female pilots – some with more flying hours than John Glenn, the first American man in space that unfortunately never got the chance to fly to space, to the current NASA class chosen, being 50% female. The piece also features insights from trailblazing female astronauts including NASA’s Jessica Meir and Eileen Collins, the European Space Agency’s Samantha Cristoforetti and the first British astronaut, Helen Sharman. I’m excited to also be featured in the documentary among such fantastic company and represent Rocket Women. (You can find my interview at 9 minutes into the documentary and again at 30 and 40 minutes.)

Listen to the piece here: http://www.bbc.co.uk/programmes/p041kpmw

Additionally, here’s an insightful article by the documentary’s producer, Sue Nelson, about the documentary and working with Wally Funk: http://www.bbc.co.uk/news/science-environment-36824898

Seat 25: A Story of Determination