What movies are your kids or nieces watching right now? Are they watching Angela the Astronaut, Carla the Coder, Sally the Scientist or Cathy the Carpenter?

Although I’d love these to be actual movie characters, they are in fact characters created for the 2017 #RedrawTheBalance campaign by four fabulous female illustrators from around the globe, namely Lizzie Campbell (UK), Be Towers (Spain), Ariane Pelissoni (Brazil) and Abigail de la Cruz (Philippines). This year’s #RedrawTheBalance campaign, It’s Time To Get Animated, was developed by leading creative agency MullenLowe London for Inspiring Girls, a global charity founded by Miriam Gonzalez-Durant. The charity also launched an innovative national campaign to ‘connect British girls with female role models who could inspire them with the possibilities of what they could become’.

Following last year’s groundbreaking #RedrawTheBalance campaign focusing on gender stereotypes that form between the ages of 5-7, (read Rocket Women’s take on the 2016 campaign here) with a related film that was seen by 30 million people, this year’s campaign launched on International Women’s Day, focuses on gender inequality in pop culture, a place where most children find their first heroes.

Less than 30% of speaking film roles are given to women in Hollywood, making it no surprise that lead characters are predominantly male. However, the #RedrawTheBalance campaign film narrated by animator Sophie Marka, reveals that in children’s animated films only 29% of all characters are women, and usually portrayed as the sidekick or damsel in distress. This is especially poignant, considering the lower age demographic that these cartoons are targeted towards. These animated role models shape young minds and mould their aspirations.

It’s been shown that children seek their first role models in cartoons, and as the film says, “If they don’t see women leading, achieving and succeeding then girls and boys might think that women are incapable of doing that at all.”

The narrator, animator Sophie Marka, describes, “It’s important for children, especially young girls, to see female role models because it’s creating an image in their head so they know that they can do certain things and become what they want. Children should see women in animated films because films should be the reflection of our society. For me it’s really important to talk about this subject to raise awareness.”

In the creative industry itself, only 20% of animators are female. Challenging this, the campaign was powerfully developed and produced at MullenLowe London by an all-female team, including the ‘animator, four female illustrators, editor, director, sound designers, musicians and producers’.

Richard Denney, ECD of MullenLowe London commented, “The creative and media industry clearly plays an important role in a child’s early perception of the world and how they see their place in it. The stats are shocking, both onscreen and behind the scenes, and we have a huge responsibility to act so that girls aim high and become the future. Other than a couple of token men including myself, we made sure the team surrounding this incredible project was built on female talent. You have to practice what you preach.”

The audience is invited to share the film, allowing it to reach studio bosses who have the influence to commit to drawing women as lead roles in the future. After all as the film rightly states, women are ‘just as capable of doing an infinite number of things, and beyond’.

Volunteers can sign up here to make a difference and pledge just one hour a year to talk at a school to a ‘group of girls about their life, career, ups and downs, choices and experiences in the workplace’. The charity’s goal is to see women from a wide range of occupations going into state schools collectively talking to 250,000 young women. You can also create your own #RedrawTheBalance character here and show the world who you want to be. 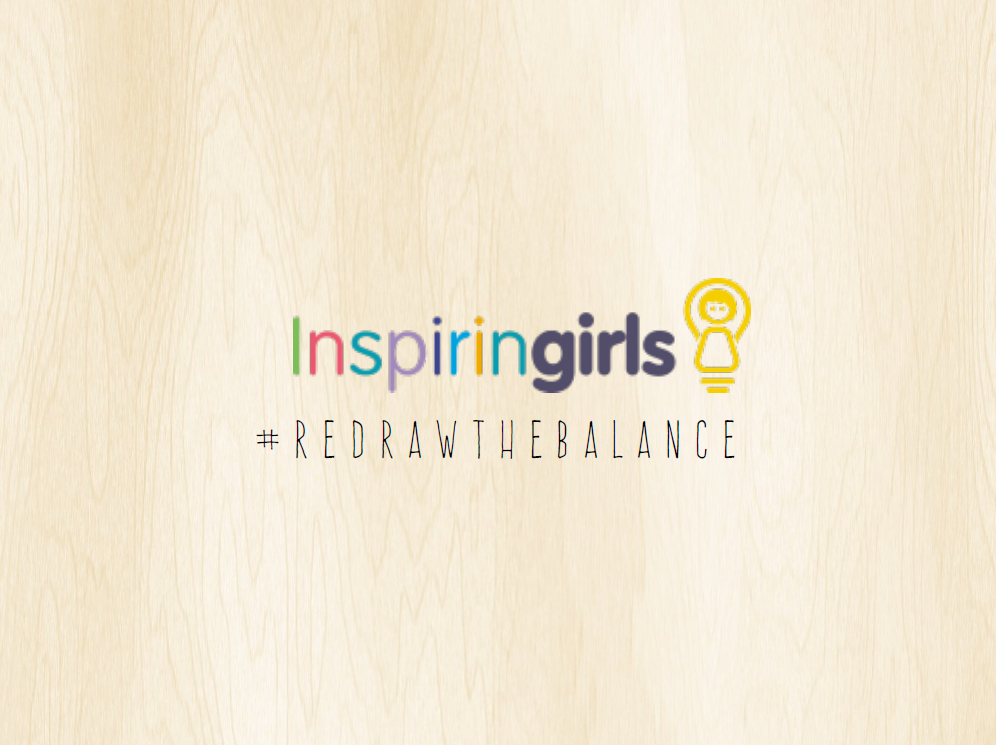