Seat 25: A Story of Determination

“This is the story of an ordinary woman. But like all ordinary people, she’s capable of doing something extraordinary. This is Faye.” – Seat 25

What would you do if you won a seat on a mission to Mars? Would you leave everything behind to follow a life-long dream?

Seat 25 is set five years after NASA has found liquid water on Mars, all contact has been lost to the planet due to changes in the Martian atmosphere. However, entrepreneur Michael Macmillan is ‘preparing the first manned mission to the Red Planet, with a seat reserved for an ordinary person willing to do something extraordinary’.

And that person is Faye. Faye, a British woman in red with a seemingly normal life, “a life Faye has weaved for herself, one tiny web lost among billions of tiny webs all covering a vast planet.” Faye was inspired by space when she was young, especially by the first British astronaut Helen Sharman. Her love for space seemed to have been sparked by a teacher’s comment at school, “What was so remarkable about Helen Sharman, not only was she the first Briton in space, she was also a woman. How many of you girls will leave such an impression?”

Throughout the film Seat 25 we follow Faye’s journey as she learns of her chance to go to Mars and subsequent agonising decisions of whether to leave her carefully constructed life behind. Less than 30% of speaking film roles are given to women in Hollywood, making it no surprise that lead space and sci-fi characters are predominantly male. Seat 25, directed by Nicholas Agnew, provides a refreshing take on the space genre, depicting a relatable and inspiring female character finally realising her dreams and taking a chance. 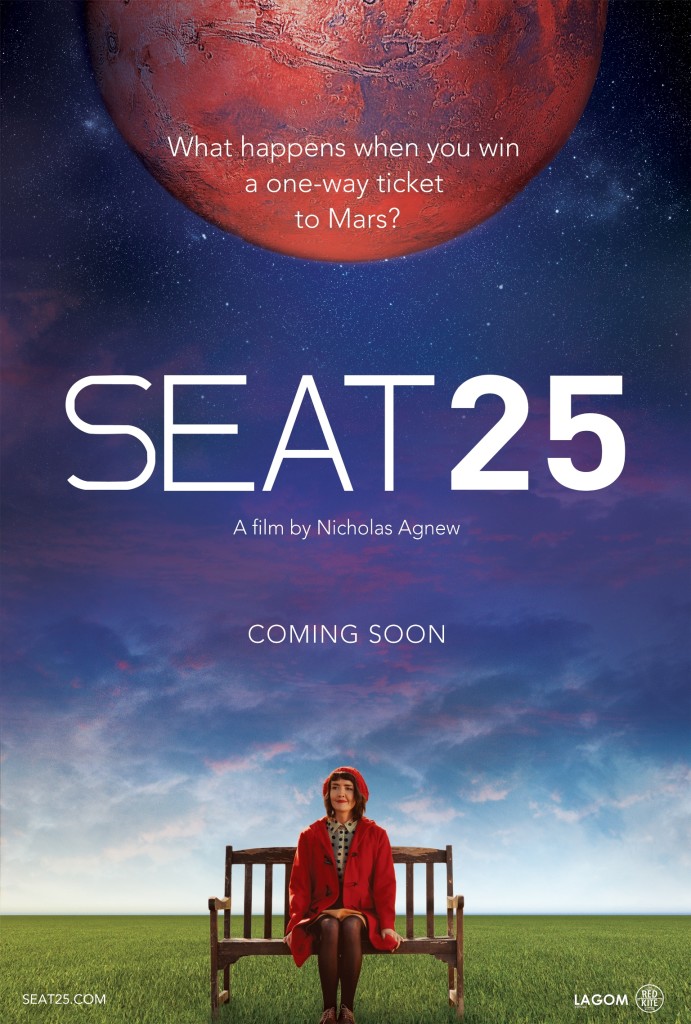 Rocket Women had the fortune of speaking to Madeleine Cooke, who plays Faye Banks in Seat 25 along with co-producing and co-writing the film.

What inspired you to write SEAT 25?

Nicholas who co-wrote the screenplay and myself both wanted to make a film about space and in particular the exploration of other planets and worlds and this is something that really interests us as people. The basic story for SEAT 25, the idea that someone could win a ticket to Mars was inspired by Mars One and their competition to Mars. I read an article in a newspaper about someone who was now in the ‘Mars 100’ and was hoping to be eventually chosen and win the competition. It made me wonder about the type of person would be willing to leave earth forever and start a new life on Mars? What would be there reasons? How might winning affect them? We have also more recently been greatly inspired by SpaceX and their plans for Mars. Elon Musk in particular was big inspiration for the character of ‘Macmillan’ in SEAT 25 and is a bit of a personal hero.

It was also extremely important to me that the central character be a women as women in both film and science are so terribly under represented. I would love to think that SEAT 25 and the character of ‘Faye’ captured young women with ambition and encouraged them to dream big.

What were your aims behind the project?

The idea of ordinary people in extraordinary circumstances is something that really appeals to me as a screenwriter so it was very important to have a relatable person like ‘Faye’ as our central character. It was also extremely important to me that the central character be a women as women in both film and science are so terribly under represented. I would love to think that SEAT 25 and the character of ‘Faye’ captured young women with ambition and encouraged them to dream big.

I love the scene where Faye discovers her space toys and posters from when she was young. Were you interested in space or science when younger as your character Faye was?

You have found me out! Yes that part in particular had a lot of me in it and as a screenwriter I think you can’t help but put a lot of yourself in your characters to an extent. Certainly for me there is a lot of me in ‘Faye’. I have always been fascinated with space and as a little girl I dreamt about leaving earth and visiting other planets. The Apollo missions were also inspirations for SEAT 25 and greatly inspired me as a child.

You both co-wrote and co-produced Seat 25, impressively along with playing the lead role of Faye. How did you balance these during the film’s production?

I loved playing the character of ‘Faye’ and I was able to balance my other roles really due having an such a great team of people working with me and Nick on SEAT 25. There was only really 4 of us working on SEAT 25 but everyone was hard workers and were all very passionate about the project which was incredible.