Why I Care About Michelle Obama’s ‘Let Girls Learn’ Campaign 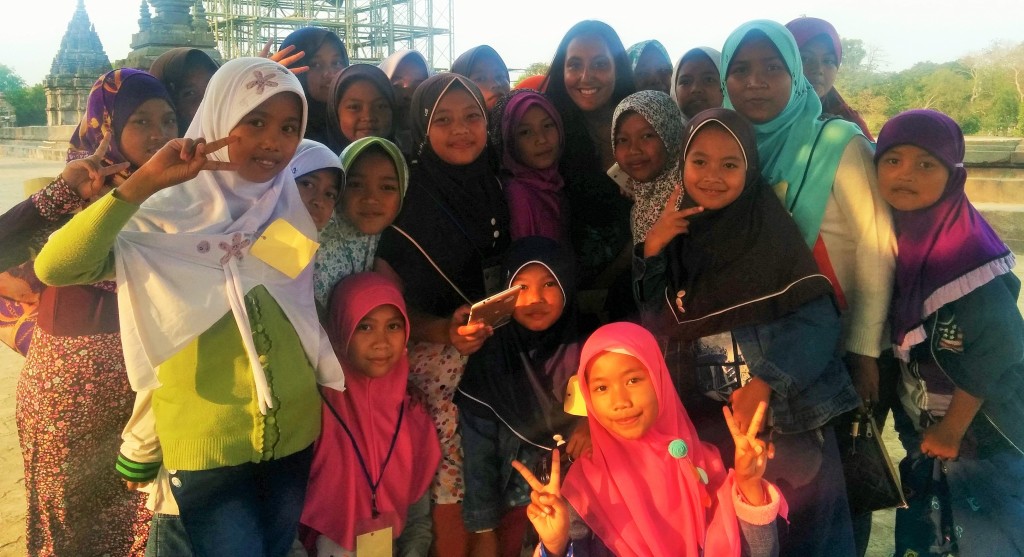 In Indonesia With School Girls And Their Teacher [Copyright, Vinita Marwaha Madill]

I’ve been fortunate to have spent the last 8 months travelling in Eastern Europe and Southeast Asia. Whilst visiting countries including Indonesia, Myanmar and Cambodia, I became acutely aware of the differences associated with the role of girls in society compared with their male counterparts, in particular places that I visited. Mainly related to the limited jobs available to girls and the lack of access to education. In fact 62 million girls around the world don’t have access to education, education that they need and truly deserve. Michelle Obama and her Let Girls Learn campaign, a US government initiative, are focused on changing that. Having talked to girls in Asia and heard stories of their dedication to gain an education, this campaign means a lot to me.

As the First Lady of the United States, Michelle Obama writes:

“..this issue isn’t just about access to resources like scholarships, transportation, and school bathrooms. It’s also very much about attitudes and beliefs: the belief that girls should be valued for their bodies, not their minds; the belief that girls simply aren’t worthy of an education, and their best chance in life is to be married off when they’re barely even teenagers and start having children of their own.”

I care because even though I’m from the UK, my Mum was born and raised in India and my Father in Kenya. Having visited both these countries and talked to family, I know how lucky I am to be barely one generation away from having a choice regarding my education and career path. In India, my great-grandmother was married at 13 and similarly with her children, my grandmother. In countries around the world, the belief of treating girls as second-class citizens whilst prioritising the education of male family members still stands.

“Just imagine for a moment what it’s like to be in their shoes. Imagine being a bright, curious young girl with all kinds of ideas about what you want to be when you grow up. And then one day, someone taps you on the shoulder and says, “Sorry, not you. You’re a girl. Your dreams stop here. You have to drop out of school, marry a man 20 years older than you whom you’ve never met, and start having babies of your own.

Think about who — and what — you would be today if your formal education had ended after middle school and you knew only what you’d learned through eighth grade.” – Michelle Obama, LennyLetter.com

Michelle Obama’s much needed campaign is trying to reverse this unjust and culturally-embedded trend by bringing awareness to the fact that 62 million girls around the world do not have access to education, largely due to the attitudes and beliefs of those around them.

We need 100% of the talent available on this planet to reach for the stars and make the next crucial scientific breakthroughs. It’s 2016 not 1916, so together let’s make sure every girl, no matter where she may be born, is both allowed to dream and has the support to reach her dreams, through access to consistent education. Together let’s give girls back their future.

Visit 62MillionGirls.com for more information and to take the pledge to help break down barriers to education for girls around the world, or use the hashtags #62MillionGirls & #LetGirlsLearn.