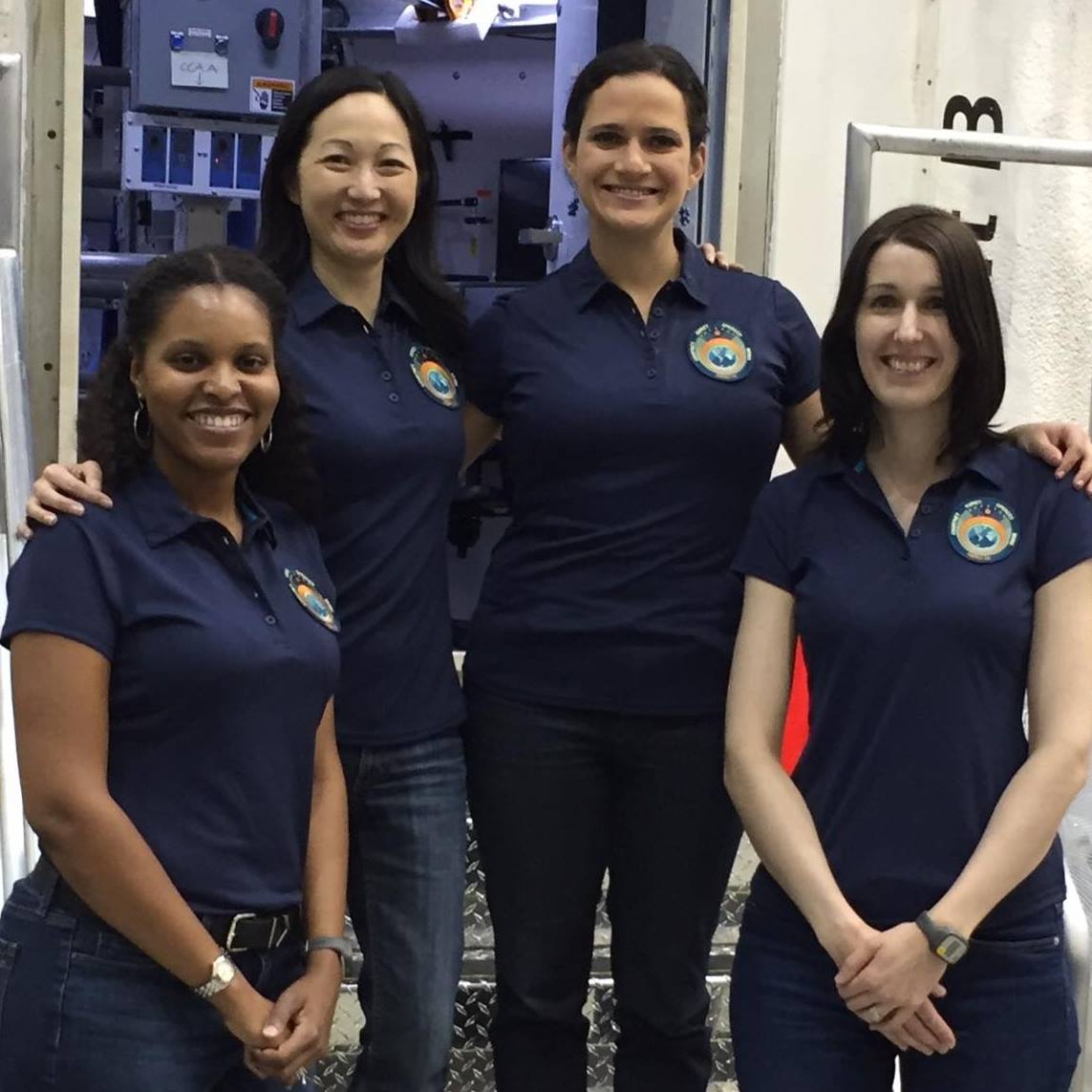 On the 30th anniversary of the loss of seven NASA Challenger space shuttle crew, NASA is both remembering their sacrifices and looking forward to the future. The HERA IX mission began on 25th January 2016, with four women entering NASA’s Human Exploration Research Analog (HERA) habitat, a three-story research laboratory containing an airlock, medical station, work area, flight deck, four bunks, a kitchen, and a bathroom. The aim of the 30-day simulation will be to mimic the isolation and flight operations involved in a mission to a near-Earth asteroid, with team dynamics and performance under the microscope. 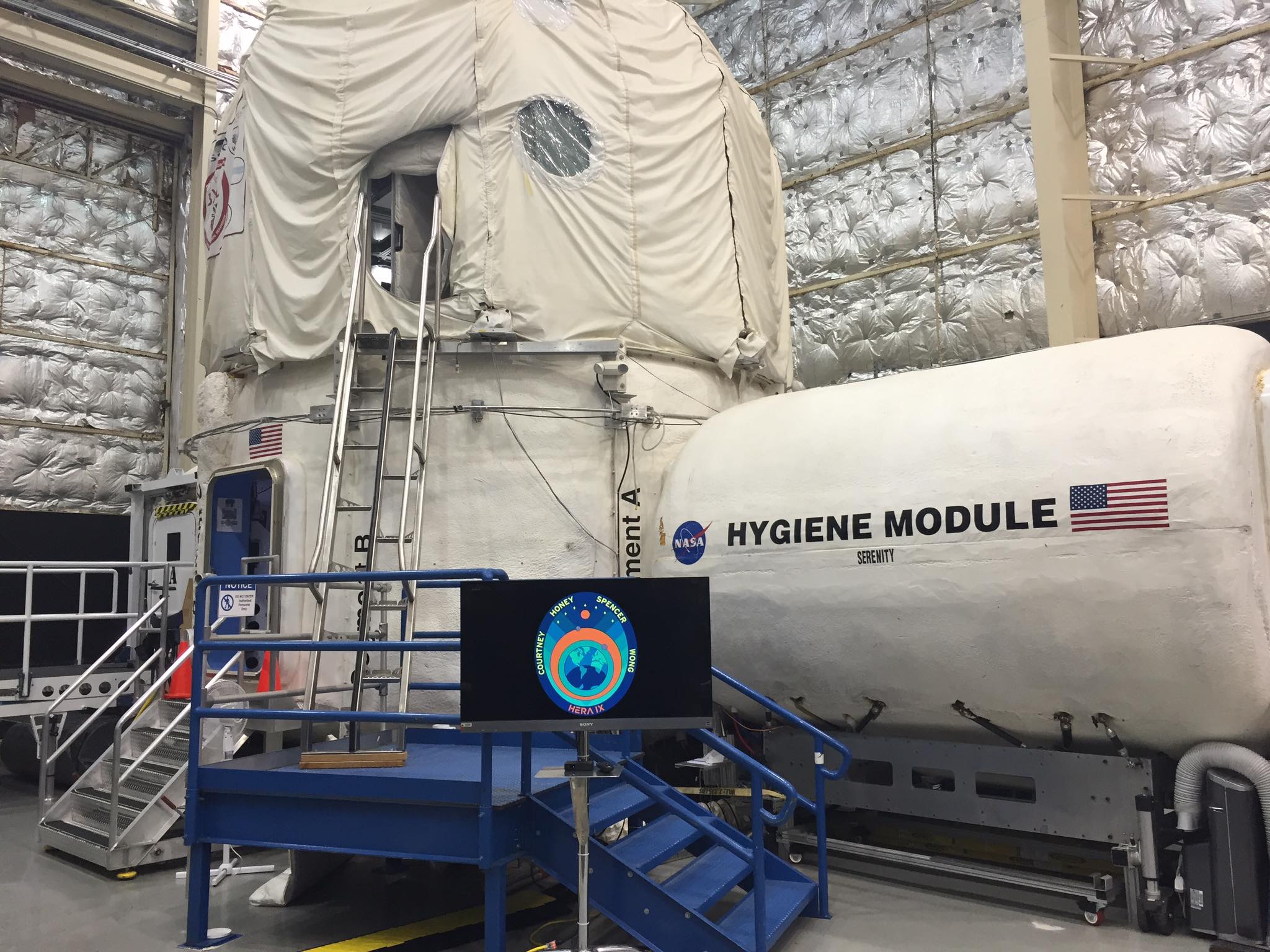 Seven stars were incorporated into the the HERA IX mission patch design to represent and commemorate the seven Challenger crew members. The badge was “inspired by the eye of a peacock feather, a symbol of Hera – the Greek goddess of women” with the globe symbolizing the Earth. “The moon, a near-Earth asteroid, and Mars highlight past, present, and future destinations for human space exploration missions,” as crew member Julielynn Wong describes in her Huffington Post article.

Crew member Leah Honey discussed her excitement related to building a robotic rover during the mission, saying that it should be easier than “tearing apart [NASA’s] Robonaut”, referring to her experience as Robonaut Operations Engineer in which she operated Robonaut onboard the ISS. She discusses her training prior to the HERA IX mission at Rocketsfromcassiopeia.com.

Being in the VR gear and feeling like I’m actually flying around an asteroid is definitely my favorite part of all this so far.

During HERA IX crew members will conduct experiments involving sea monkeys, plants and a 3D printer, however a great deal of their time will be spent training for “EVAs” or “spacewalks” the crew will simulate once we reach the asteroid. As Leah Honey describes, “Two of the crew members will stay inside the habitat and pilot our MMSEV (Multi-Mission Space Exploration Vehicle) to bring us from the habitat to the asteroid. Meanwhile, the other crew-mate and myself will be released from the robotic arm of the vehicle and use jet packs to get us to the specific parts of the asteroid that are considered the highest priorities for sample return. Of course, we’re not actually on an asteroid but rather in the airlock wearing virtual reality gear; after spending just 30 minutes in the VR gear today learning how the controller manipulated each degree of freedom, I definitely can see how real this whole mission can feel when all is said and done!” “Being in the VR gear and feeling like I’m actually flying around an asteroid is definitely my favorite part of all this so far.” Training for the crew also involved essential team building activities, psych screenings, learning how to design and plan the construction of water wells for a Martian colony and being taught how to use the Robotic Work Station to control the SSRMS (or Canadarm2)! 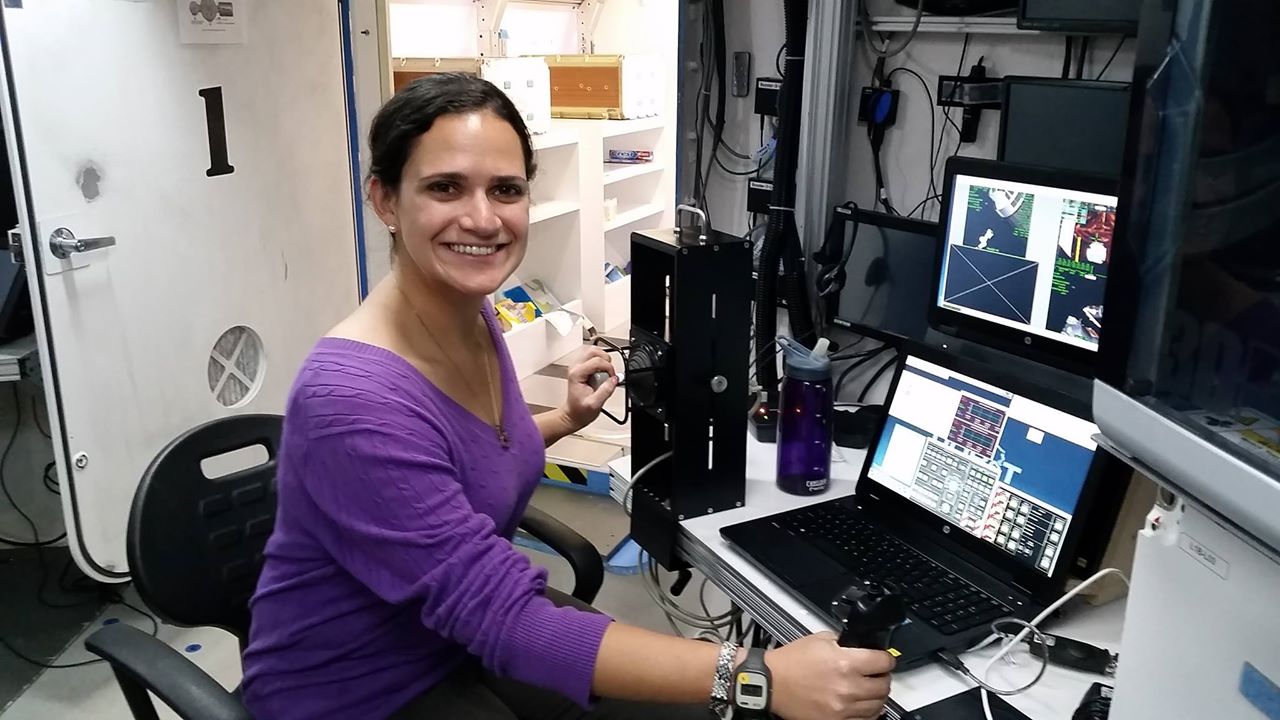 Although the all-female crew are exploring an asteroid and conducting spacewalks (EVAs) through virtual reality for now, I’m excited for the science to be gained from the first women-led HERA mission. The results from this 9th HERA mission, and all other NASA HERA simulated missions, will be essential to enable future crewed exploration of the Moon, Mars and even asteroids.
Facebook Twitter Instagram