Taylor Richardson is on a mission to become an astronaut. Along her journey she has impressively raised almost $20,000 to send girls to see the movie Hidden Figures, encouraging them to join STEM, and has recently raised over $110,000 to send girls to see the movie A Wrinkle In Time! Her notable support for the campaign is inspired by the fact that, “It’s a fantasy film that is not about some white boys fighting evil, but about a black girl overcoming it.” In the second installment of a new series featuring the next generation of Rocket Women, Taylor talks to Rocket Women about her focus to become an astronaut, her amazing advocacy campaigns and the importance of seeing role models that reflect you.

How were you inspired to choose a career in the space industry and what fuels your passion for space?

Reading Dr. Mae Jemison’s book, “Find Where The Wind Goes”, had a big impact on me. And once I attended space camp in Huntsville, Alabama, it was solidified that I was going to be an astronaut and go to Mars one day!

My passion is fueled by space – the final frontier. When I was younger one of my favorite things to do at night was lie out in the yard and look up at the stars. It was beautiful, mysterious and exciting to wonder what is up there and how I can get up there. There is a whole universe out there for me to explore and I can’t wait to be able to do so.

Reading Dr. Mae Jemison’s book, “Find Where The Wind Goes”, had a big impact on me. And once I attended space camp in Huntsville, Alabama, it was solidified that I was going to be an astronaut and go to Mars one day!

Can you talk about your goal to become an astronaut and your journey to achieve this?

Once my curiosity was sparked it was all about research. After attending space camp I visited various space centers and had the opportunity to meet with a number astronauts and ask them about their journey. Now it is all about doing well in high school so that I get into a great college. That’s my focus right now.

Congratulations on your Hidden Figures campaign and for raising over $25,000 to send 1,000 students to see the film A Wrinkle in Time!

A new GoFundMe campaign aims to highlight a exciting documentary titled ‘Astronaut Starbright’ about your dedicated work to champion STEM and pursuit to become an astronaut! How did these campaigns come about and why is your work so important?

After I received a community service award from the Governor of Florida I got invited to a private screening of Hidden Figures at The White House with First Lady Michelle Obama and the film’s creators. The film inspired me to create a fundraising campaign so some local youth in Jacksonville could see the film. That’s how it all started.

The work is important because there is a lack of highly visible representations of women in STEM positions, and even less for black women in STEM careers. I know that lots of girl like math and science but they turn to other things when they never hear about women in STEM or even have women as math and science teachers. We just want to be represented, and we still are not there yet. I think more encouragement and inclusion is needed.

A little late but appreciation post #3 goes to 4 people who keep me going and inspire me everyday to engage and empower girls and boys to know they can be anything they want to be! Thank you @missjade_allstar @asd.space.mum33 @thetinydiplomat @carter_the_trademark for keeping me on my toes and inspiring me! Continue to shine bright and know #youareappreciated!

I have many role models. Some older, some younger than me. My biggest two roles are Dr. Mae Jemison and my local mentor Mr. Darnell Smith. I call him Uncle D now. I’ve known him since I was nine and he’s been right by my side through this journey called life with me. Guiding me with support and advice that ensures I do things right. And even when I mess up he’s there to support. I think one of his most endearing qualities is his genuineness.

He touches everyone in a way where you can immediately connect with him. He’s patient and supports me in everything that I do. He teaches no judgment, only lessons learned! And when I do fail or make a mistake he makes me feel better by telling me his stories of failure and achievements throughout life. He always tells me to continue my faith in God, be kind to my mom, serve and help others and to be my best self. I hope that I’m making him proud. He’s definitely impacted my life by how I’ve watched him live his. With the kindness, faith and service.

What can I say about Dr. Mae Jemison, first African American female to go to space. She’s my shero! Seeing her makes me feel like I can do anything as long as I put my mind to it. Having someone like Dr. Jemison. who looks like me. makes me feel good about myself. She’s not just an African American role model, she’s a role model for all people and girls like me who want to live their dreams of becoming astronauts. Which is why it’s so important for girls to have role models they can look up to and role models that are reflections of them.

How did your family help to shape your career path in STEM?

My mom probably help most shape my interest in STEM by ensuring I had equal opportunity to resources like books, STEM camps and clubs. Being a good support system for me as well has help me stay encouraged focus and determined to achieve my dream. 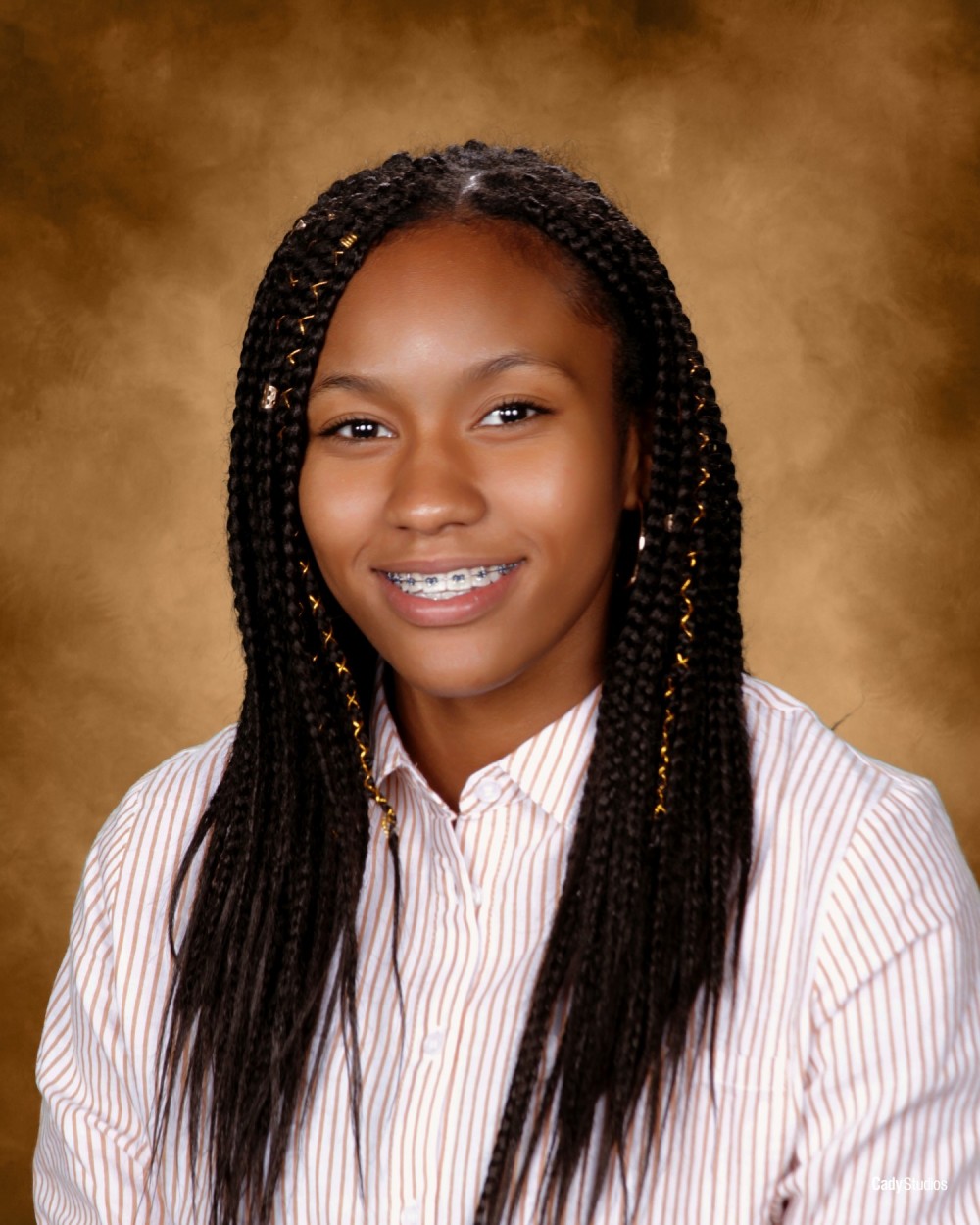 What does the world need more and less of?

With everything going on in the world it could definitely use more love and less hate. I hope people will to be more accepting and inclusive to make the world a better place. To raise their voices up and act big in a positive way.

If you had one piece of advice for your 10-year-old self, what would it be? Would there be any decisions that you’d have made differently?

Own your power, be the one who stands out in the crowd, who speaks up, and is either the voice they need to hear, or a voice for others. Seek out mentors, coaches, and investors because camps are not cheap. Don’t be discouraged and fight for your dream because we need you!

I hope that kids will see me and know that with hard work, faith, and determination they can reach their goals, STEM or not. It would be nice to have more people, more organizations, more companies be intentional and ensure people of all backgrounds are represented at not just the STEM table but all tables.